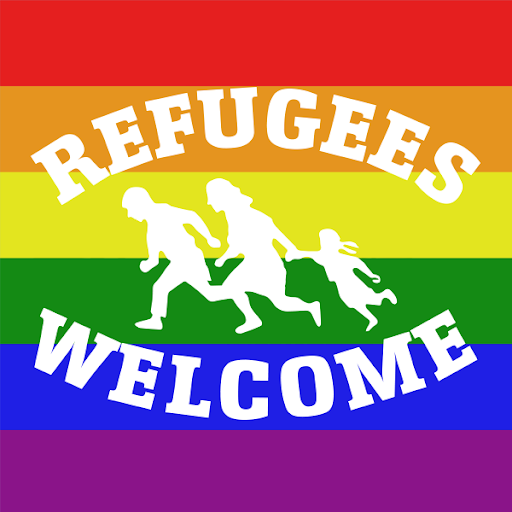 How to report about people on the move in the media

When it comes to the attitude towards migrants and refugees, Bosnia and Herzegovina as a state fails the humanity test on a daily basis. A humanitarian catastrophe is prevented by volunteers, the non-governmental sector and citizens who organize themselves into relief services. The media, which is the sole source of information for most citizens, often broadcasts hateful statements directed at people on the move, without giving them the opportunity to respond to them or at least offer their own version of the story.

That is how we had the opportunity to widely read and hear about the Minister of Health of the Una-Sana Canton, Nermina Ćemalović, who made incredible accusations at the expense of migrants and refugees, without providing any evidence for them.

”There are registered migrants with HIV/AIDS and many are gay. The epidemiological situation is alarming, scabies are wide-spread, lice have also been detected. There are also many with tuberculosis. We have empathy for families with children, but what do you say about a migrant, HIV positive, who raped a mentally retarded girl. On the streets they distribute drugs, they act like we are second-class citizens. They do what they want. I wish this won’t happen in your yards. The Cantonal Hospital is at a great loss”, she said, without bearing consequences for all these hate messages.

In this case, the media should have denied media space to Minister Ćemalović, until they received solid evidence for everything she said. Placing such information only creates an atmosphere of fear and hatred, with a dose of incitement.

A bunch of prejudices, conspiracy theories and myths accompany migrants and refugees on their journey and much of it comes from the media. If you are already reporting about these people, ask them about the things that are persistently potentiated in the media. For example, ask them what happened to their documents. Some of them will immediately take out their passport and show it to you. Others will say their documents have been lost or stolen, while some will say that they left them behind with their family for safekeeping, until they reach their intended destination.

Furthermore, the public often resents them for owning phones, which is absurd. The phone is not a luxury, but a necessity. They all have families that care for them and with whom they need to communicate. They all travel to unknown places, relying on technology and Google Maps. They all communicate with each other, in order to alert each other to dangers and new opportunities that appear. All this requires a phone.

It is also a widespread myth that there are no women or children among refugees and migrants. If you go to Bihać, you will realize that two whole camps are intended to accommodate children with their parents. Besides, the streets are full of children who travel unaccompanied, making them a highly vulnerable category.

Be careful with the terminology…

A refugee is a person who has left their country because of war or another danger. Migrants are people who have had to leave because of poverty, natural or other disasters. Both are protected by international law, and we really should not be interested in exactly which group one belongs to. Over time, the word ”refugee” vanished in the Bosnian and Herzegovinian media and only ”migrant” remained, while ”illegal migrant” is also increasingly used, which is actually a fictional term that has no meaning, but aims to further label these people. The only word you cannot go wrong with, which completely describes this population is – people. Or if you insist – people on the move.

Unless this is crucial to the article or the report, there is no need to (over) emphasize one’s sexual orientation. If you come across a young man who has left home because of war and is trying to reach Europe in order to help his family join him, it really does not matter if he is a gay, straight or a trans person. However, if this man has decided to leave because his homeland is extremely homophobic, and in the course of his journey he faces constant violence on this very basis, this segment of the story is very important in order to faithfully portray the situation he is in.

Thus, in the domestic media a story was published about a young man from Morocco who was unable to find a job in his community and was forced to search for food and clothing in garbage bins. When he arrived in refugee camps in Bosnia and Herzegovina, he was a victim of sexual abuse.

Merely transmitting information is not enough; you need to put it in the right context and explain to your audience why something is or is not right. For example, domestic media reported that Austrian authorities had refused to grant asylum to a young man on the basis of his sexual orientation, with the explanation that he ”does not walk, dress or act like a homosexual.” The author fails to immediately condemn this act and to point out the stereotypes that are being imposed. In addition, the article further states that the aforementioned man was questioned about the extent to which gay people are social, as the officer noticed that he preferred to stay in smaller groups rather than
larger groups, and he personally considered this to be contrary to the sexual orientation expressed by the man. Instead of condemning, the author states in the last sentence merely that part of the media in Austria ”comments that the state uses stereotypes about homosexuality and that this case is politically motivated.”

Do not dehumanize them

Try not to reduce the people you write about to numbers and some sparing information – where they are from, how long they have traveled and why they left home. These are people who had their hobbies, jobs, friends, habits. They have a favorite type of music, they like to watch movies, they cook, they play sports. Some of them are highly educated and have achieved valuable success in their field. Go beyond mere statistics and discover the person in front of you.

Personal examples are always a great way of presenting a certain problem to the public, but it is the duty of the journalist to point out the weak parts of the system through a personal prism. For example, at the beginning of 2019, the Serbian media published the story of a young man from Iran who at Belgrade airport had already expressed his intention to apply for asylum. As the reason, he cited his personal, very traumatic experience as a gay man in his country. The article states that despite this, he was not allowed to enter the country and therefore seek asylum, so he spent several days in detention, and only after the intervention of the Center for Protection and Assistance for
Asylum Seekers was allowed into Serbia and transferred to a reception center. He was then again transferred to the Asylum Center after the intervention, where he was allowed to apply for asylum. The whole procedure took six months and lawyers point out that he would not have been able to cope with the complicated regulations on his own. Pay attention to human dignity The fact that a person sleeps on the street, does not have clean clothes or a way to maintain personal hygiene does not in any way mean that we should treat them with less respect than anyone else. The situation of these people is sufficiently unfavorable and journalists should by no means make it worse.

Respect the request for not filming

Just because you have the right to film someone in a public place does not mean you should do it. Most refugees and migrants will allow you to film or photograph them, most will do their best to answer your questions and explain better why they are there where you found them, what anguish drove them away from their home and what they are hoping for. However, there will always be those who will not feel comfortable in front of cameras or simply do not want their family to watch them somewhere on the internet. They have the right to ask you to bypass them during filming and you should respect their wishes. This is especially important when it comes to a person who is part of the LGBTIQ community and fears that public outing would bring new problems to them.