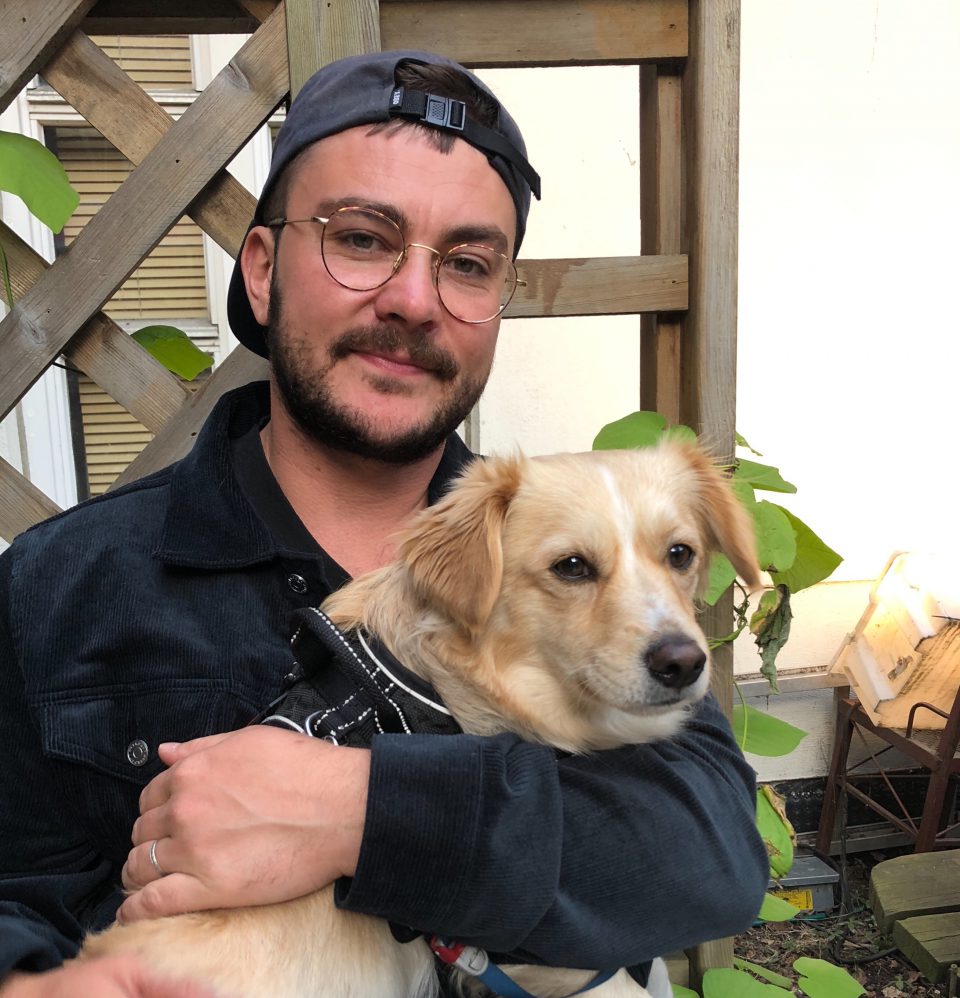 Because of social disapproval of his transgender identity, 34-year-old Aleks from Mostar left Bosnia and Herzegovina more than five years ago and moved to Norway. The process of adapting to life in a new environment was not easy, but today at least he lives in a country where his rights are not denied simply because of his gender identity.

To start with, can you briefly tell us your story of discovering your gender identity – how did the process of coming out take place and what were the fundamental impressions of you growing up – within your family, among your friends, at school?

The moment when I started thinking about my sexuality and gender identity happened when I realized they were not in line with the social norms. This happened at the earliest stage of childhood, and from then on, to adolescence, I was in a constant conflict between my body and society. From all kinds of name calling and daily teasing throughout schooling, to verbal, sexual and physical abuse in the later period of life. And even when I tried to adapt to society by “accepting” the role imposed on women, it was never good enough, and least of all good for me. When no one understands you, when there is no term for who you are and how you feel, then you begin to think that you are the one who is crazy and not the sick society. Namely, when I met other LGBTI people from the then Association Q and learned about the term “transgender”, it all made sense. I immediately affirmed my identity and stepped even further beyond social norms, but at least I realized that I had the freedom to be what I am and that was most important.

The first time I came out was quite impulsive. I was very upset and I took out a brochure intended for parents whose children are lesbians, gays and bisexuals (I think that's how it was called) and threw it on the table in front of my mother. She started crying and said she knew it all along, thinking I was a lesbian. A long time passed until I came out again. When I began with medical transition, I sent letters to my family members, stating that I was a trans person. I was surprised how well they accepted it. My dad needed a little more time, but for years now everything has been okay and he has no problems with it. We talk openly about everything, we support each other and they do not care what other people say, it is important for them that I am happy. Unfortunately, such stories are rare, especially in Bosnia and Herzegovina.

When did you decide to leave your country? Can you remember the exact moment and whether your gender identity influenced this decision and in what way?

While I was still living in Bosnia and Herzegovina, I constantly contemplated to go somewhere where I could live life to its fullest. Because of my gender identity I did not exist in any segment of that society, there were only traumas that cumulated day by day. I was never taken seriously as a person, due to my gender identity, which for others represented a caricature, inhumanity, non-existence. For these reasons, I decided to work on getting away from this contaminating madness as soon as possible. My plan was to achieve a high college average so I could enroll my master's degree somewhere abroad, which I did. I wanted to live in Oslo, because I have a relative there that I've been close to since my childhood and the master's degree program there seemed fine, so I applied there. They accepted me and after a few months I moved.

Describe to us briefly the process of collecting the necessary documentation for going, living and working abroad. What was the worst step for you in the process of leaving?

As I have already mentioned, I chose Norway, i.e. Oslo, mostly because of the relative that lives there and also because of the master's degree program, which was quite good. The required documentation included an average grade score of at least 9.5, diploma, TOEFL test with a minimum of 80 points, certificate of no criminal conviction, citizenship certificate, birth certificate (translation and verification of all documents). I think that's all. As for the process of leaving, nothing was hard for me, I couldn't wait to finally move.

What did you think about during this process?

As I have already mentioned, the process was totally painless. I counted the days until coming to Oslo and starting a new life.

When you arrived in Oslo, how did you feel at first? Do you remember some particularly unpleasant experiences?

I arrived in Oslo in August of the year 2013. It was summer then and everything was exciting, interesting and I was just really happy. However, as the dark winter was coming, the excitement about the arrival came to a halt. I was only then aware of the cultural shock. Not only that shock, but all the trauma I ever experienced in Bosnia and Herzegovina, and which I have never processed, came back to me like a boomerang. I've always somehow felt lonely in my body, but then I really felt lonely in every sense. There were this relative and a friend, but we rarely saw each other because I then lived far away from the center. I was alone, with no family, no friends, in new surroundings and around new people. With all my traumas, it was terrible. In my country I always felt as a stranger because of my gender identity, and now again I feel like a stranger in a foreign country.

How do you feel now and is there something you would have done differently in the whole process of moving away from Bosnia and Herzegovina?

Now it is much better than at the beginning, I have embraced my traumas and learned to look at them as something without which I would not be the person I am now. On the other hand, staying here is quite difficult. If you do not get a full time job in your profession, after completing a master's degree or possibly enrolling in a doctorate, you can comfortably go back to Bosnia and Herzegovina, as nobody wants you here. I'm in the second master’s study right now and in the meantime I got married and I'm still waiting for a visa, for five months already. It is sad how a person is ready to do anything in order to stay in a country that does not really want you there, and at the same time they do everything in order to not go back to their own country, which also drives you away and rejects you. It is not easy to live between two worlds, but I have built and continue to build my world, where I feel at home.

What are the basic differences between living in Bosnia and Herzegovina and living in Norway?

The basic differences in my opinion are that here, in fact, I exist, that I am protected by the law, that I have rights that are respected or, if they are violated, there are sanctions, that I feel safe, that I do not have to think about existential things, that I can afford to take time for myself and for my health, that I may freely love and be loved.

Would you like to return to Bosnia and Herzegovina and what should change in our country in order for that to happen?

Regardless of how angry I am at my country, I'm not indifferent to the fact that my family lives in this (non) system, my friends, LGBTIQ people who struggle daily with various forms of discrimination and violence. I am not indifferent, but I would not go back, at least for now. Things are changing pretty slowly there and kudos to the people working on changing things. However, over there drastic and radical changes need to happen, starting from those on top who dumben and bribe the people for years, and to the very same people, who have just started, it seems to me, to slowly come out of that hypnosis. If the basic differences I mentioned would no longer be differences, then I would definitely go back. I will always be a foreigner here.

What is your message for young LGBTI people from Bosnia and Herzegovina thinking about leaving the country?

It is important to know that “escaping abroad” does not mean that everything is blooming and falling from heaven, as I once romanticized and idealized before I came to Norway. The process of integration never stops and you will never feel complete belonging there. At least I don't, as well as many people I know. However, if you do not already feel belonging to where you live, then it is easier to leave. So I think if a person does not feel safe and protected in their country, if they cannot achieve their basic rights there, and they want and are able to go somewhere else where that is possible, then why not. There is always the option to return to Bosnia and Herzegovina.