hile I was researching film director Želimir Žilnik, at first glance I thought that texts I found on Google about him were dry and short, that most of our virtual media can only offer copied articles, and that there are barely any authentic, detailed, and thoroughly written articles dedicated to his world-famous artwork spanning over decades. But, after long and persistent research, I have discovered an impressive treasury of different studies, doctoral and scientific works dedicated to Žilnik's poetics. 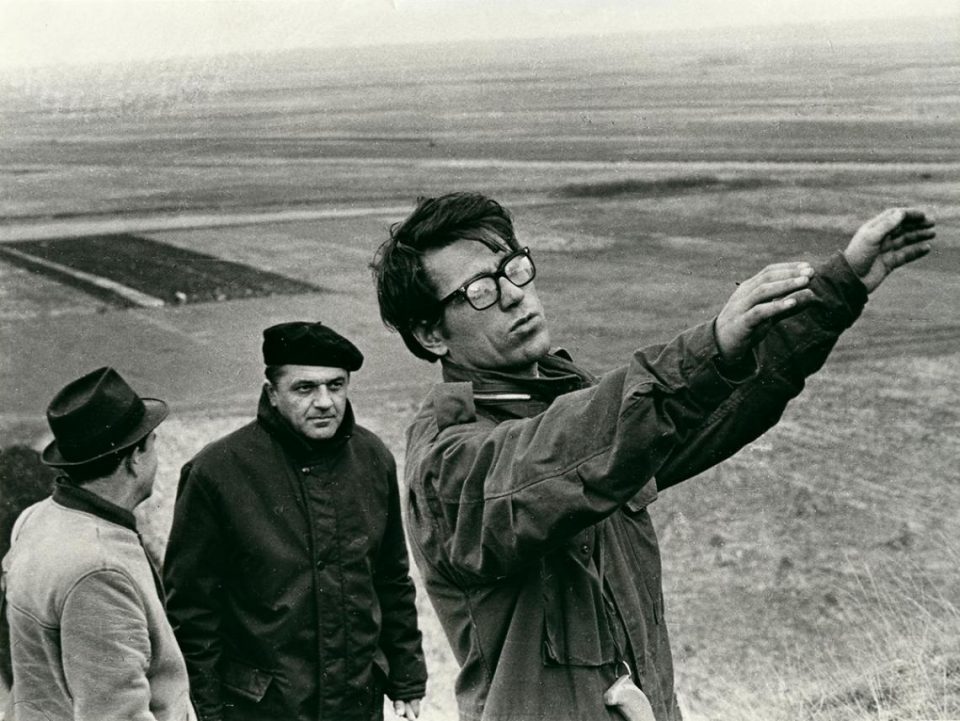 To be completely honest, I was impressed by the diversity of texts and methodology used to approach this director and his films. Some studies were written and published in foreign languages, mostly in English, and the range of topics is impressive: some authors read Žilnik's films through the gender theory and performance of Judith Butler, others approach these movies by the key of feminist reading and understanding, then the attention is held on interpreting and dissection of gender and social roles in Žilnik's films, and to thematization and parsing the (co)relations of amateur acting and normative politics.

Of course, these readings do not surprise me if we look at the fact that Žilnik, since the beginning of his career in the 1960s until today, has over 50 films. On the other side, his authorial poetics contribute the most to all of that for sure.

Žilnik is one of the film authors who started his journey as a member of experimental Yugoslavian “Black wave” (Crni talas), film direction that is characterized by critical and alternative deliberation of the present, social realities, radically engaged display of ordinary peoples everyday life, and the original film language which, once again engaged and critically, tends to show things differently, to not get dull on social injustice.

Žilnik started his career on these paradigms and stayed loyal to it all up until today. Therefore, it does not a surprise that his films are inspiring, significant templates for many of today's theories and conceptions – gender, sexuality, identity, political arrangement, social and class imbalance.

If the main authorial features of Želimir Žilnik needed to be sublimated, then first in line would be his continuous and engaged interest for invisible, oppressed, and shortened groups of our society, as well as his consistently subversive style, with which he portrayed plenty of social, ethical, and economic problems. These are only some of the big topics which are shown in Žilnik's films: great student demonstrations in 1968., consequences of protests, and psychological portrayal of participants in demonstrations and narrative that stands behind revolt (“Early Works” 1969.), prediction of the breakdown of Yugoslavia, and even the critics of the socialistic regime, trampling workers rights, the rise of capitalism, big economic crisis (“The Unemployed” 1968.), sexual diversity, identity fluidity, social and class conditioning (“Marble Ass” 1995.), all the way up to topics regarding migration, guest worker life, and post-socialistic transition.

Characteristics of Žilnik is that he tends, unlike Hollywood productions, to not use film as manipulation and stunning weapon, but quite the opposite – as a tool to deal with the most important problems of society. In other words, Žilnik openly uses film as a medium to express dissatisfaction, precisely as a media with which the audience communicates with problems, which the ruling system would like to silence and hide. The central topic of all Žilnik's films is reality as it is.

How did Merlinka play her actual role in the film “Marble Ass” made by Želimir Žilnik:

One of the most iconic Žilnik's films is, without doubt, “Marble Ass”, filmed in 1995., in a most specifically historic moment in the region. Well, at that time war still lasted in Bosnia and Herzegovina, Croatia had just felt peace, and in Serbia, equally as in other ex-Yugoslavia countries, the rise of national identity took its swing. In the atmosphere of an identity crisis, the tolerance to LGBTIQ people and to all who advocated for the idea of sexual and gender freedom was minimal.

Therefore, Žilnik's film about two transgender women who earn money and live from prostitution is an extremely brave and subversive move. Merlinka and Sanela who play themselves in this movie – transgender women, sex workers, who live a very hard and challenging life, are equally brave.

But first, it is important to additionally explain this phrase, play yourself. In this case that has to do with the film genre known as a docudrama. This is the genre whose pioneer in these regions was Želimir Žilnik, and the definition of this genre would be: an expression that refers to every film, series, TV show, or theatrical play which has a goal to show real-life events more authentically. Docudrama is not a synonym for a documentary film, because it consists of played and acted scenes. That is, therefore, some sort of a thin borderline between variations of documentarian and facts, on one side, and elements of the movie on the other side. Perhaps, a documentary in played code would be the best definition of docudrama.

Specifications and advantages of docudrama are shown in the film “Marble Ass”, and they are the key part of reading this film. But thanks to this genre, Žilnik succeeds to mark the truth, and not filming it by real-life events. There is a significant difference in that. Because “marking the truth” means to show someone's naked reality from their life. Catching real scenes without make-up. After all, to show event developments exactly how it happens in real life: unpredictable and authentic.

Further to that, having actual transgender prostitutes as main protagonists, Žilnik reaches for something that every film strives for: higher persuasiveness. But it is important to say that by having authentic characters from certain social segments of reality, the director, not only succeeds in persuasiveness and coherence but in much larger – casting convincing actors and actresses, that is convincing acting of certain social roles.

Even if Merlinka and Sanela are amateur actresses, their amateurism in acting is crucially important as a deed with which the director covers whole normative ideology from that time. It is interesting how Žilnik often casts amateurs in his films, those who do not belong in the professional acting world and don’t have many acting skills but have perfect life experience for a certain social role. In Žilnik's films, the unemployed people are playing the role of the unemployed, real prostitutes play prostitutes, real immigrants play immigrants – and everybody in his movies plays themselves.

Thanks to the director's decision that Merlinka and Sanela play their actual role in the film “Marble Ass”, Žilnik has succeeded in one thing: to bring one of the most wounded groups of society – the unprotected and poor transgender sex workers – giving them a chance to tell their authentic life story.

We need to note that Žilnik not only covered their real-life roles by including his so-called “naturščika”, but he also covered wider social context (where they live, how and how much they earn, with what kind of people they deal with, who are their friends, and how society sees them).

The main topic of the film “Marble Ass” is the conflict between social and personal definitions of body and determine own sexuality. It is not a coincidence that the film begins with a long scene of transgender woman Sanela, while she lubricates her long and thin legs. In this film, her beautiful woman's body is emphasized a lot, and her femininity is not even doubted, especially if we consider that she notes how she visits doctors, meaning that she works on her body and identity, and how she is saving funds for sex reassignment surgery, with which she would end the painful period of her fake and hard life. On the other side, Merlinka, Sanela's roommate, does not reach full femininity like Sanela, and compared to her, Merlinka sometimes speaks in masculine grammar language when talking about herself, but her appearance is more subversive and emphasized.

In the film, Merlinka's routine and her unique style are portrayed well: tight skirts, high heels, heavy make-up, and blonde wig. Besides that, Žilnik has portrayed Merlinka's character well: lucid, clever, direct, and funny, but endlessly brave as well. Even today, to earn from prostitution openly is the topic the whole society shuns from. Prostitutes are completely unprotected, subject of ridicule, their existence is marginal, and each one of them can testify how they were the victims of verbal, psychological, physical, and sexual abuse. To be a transgender woman in the Balkans is double subversion of heteronormative and patriarchal structures, so Merlinka and her friends, who walk through the night unprotected expecting customers, are brave and daring.

Without any judgments, mockeries, ridiculing and insulting, without moral judgment, Žilnik made a film about Merlinka's life, performance, and sexual identity. But, with this film, he made an open and radical critic to society: he showed how we are a society that likes to laugh and judge from the height. We like to hate people without any reason and the world we do not know. We like to declare anything different from our normal deviation and illness. The only thing we do not know is how to hug rejected and wounded beings. To be relief and support.

Besides that, “Marble Ass” has made it possible for the audience to peek into the lives of Merlinka and Sanela, to revive with at least one fragment of their everyday life. Even more important, this film is a testimony. Precisely, the shown fragment of lives continued after cameras were shut down. Unfortunately, we know the real ending of our protagonist: Merlinka was brutally killed in 2003., and no one was officially responsible for her murder. The film, as raw it is, always seems too mild compared to dark reality.