Festival Parada Ponosa (Pride Parade Festival), which was opened last Saturday in Ljubljana, and lasts for seven days, it's closing with a Pride parade, on June 19. On that occasion, we have talked with Simona Muršec from Društvo Parada Ponosa (Ljubljana Pride), who says that the current government is using immigrants, LGBTI people, and anybody different, as an excuse for every social problem and the collapse of traditional family values. 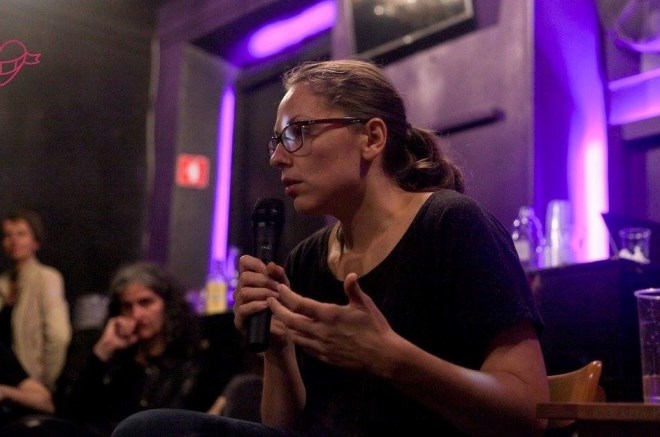 In seven days of the festival, visitors have a chance to see rich cultural and art programs, discussions, debates, performances, etc. regarding topics about the position of LGBTIQ+ people in Slovenia, the rise of hate speech and neo-nazism, and about a problem of exclusion of anyone different in any way.

“Situation becomes dangerous for all minorities because violence and confrontation to all of them who are different are rising” – says Muršec. Talking about the pandemic and consequences that left a mark on the LGBTIQ+ community, she explains how COVID-19 has opened all wounds and mostly had an impact on mental health. Besides that, most of the LGBTIQ+ people work in the culture and NGO sector and sectors dealing with event management, and during the pandemic, everything was closed. Most of the people had to spend time at home, but not everybody feels safe and accepted there.

“Authorities attacked NGO sector and restricted its work and existence because they are systematically setting conditions which NGO have to fulfill to apply for certain calls and funds. This way, the organizations that work in culture and with marginalized groups and are the biggest critics of current politics were impacted the most. That isn’t conservatism, that is totalitarianism.” – claims Muršec.

On the question, if the pandemic and lockdown have sensitized ordinary people who had to spend time in their home and made them think about those who aren’t safe or accepted outside of their home, she answers it didn’t, because conservatives don’t have any interaction with the environment which would make them think about their neighbors who are immigrants or LGBTIQ+ people. On another side, there are so many scandals on the political scene, and in media, therefore small men crawl back to their microworld, so they would be safe from all of that and lose
sense for others.

“Slovenians donate money, but that isn’t solidarity. For solidarity, you change and question yourself, but here it’s just an economical thing. I’m afraid that we have less solidarity for each other now than before the pandemic.”

One of the discussions on the festival is dedicated to the social-economic problems of LGBTIQ+ people. Društvo Parada Ponosa has organized a parallel social system with people who have conditions to have somebody in their home and to give out spaces to marginalized groups. Before all of this, future landlords had to be educated about giving space for free, and parallelly put pressure on the government, for this problem to be resolved. But, until that happens, people from marginalized groups, would deal with that problem by themselves, just like how syndicates did in the 1920s. One of the festival programs deals with the educational system in Slovenia, which is hard to get into.

“Most difficult thing is to get into the school curriculum. In Yugoslavia, schools were the main places where generations were ideologized, and in the 90s, schools were ruled to be neutral. That is impossible because it is always in the hands of the government. That’s why there cannot be ideological topics, but also NGOs who deal with human rights, politics, LGBTQ+ issues, etc. The school remained a fortress.” – says Muršec.

Even if the Pride parade was organized live in Ljubljana last year, this is a beautiful moment for new interactions in times when Slovenia is opening again and when strict pandemic measures are ending. It is time to celebrate love, identities, freedom, and resistance.