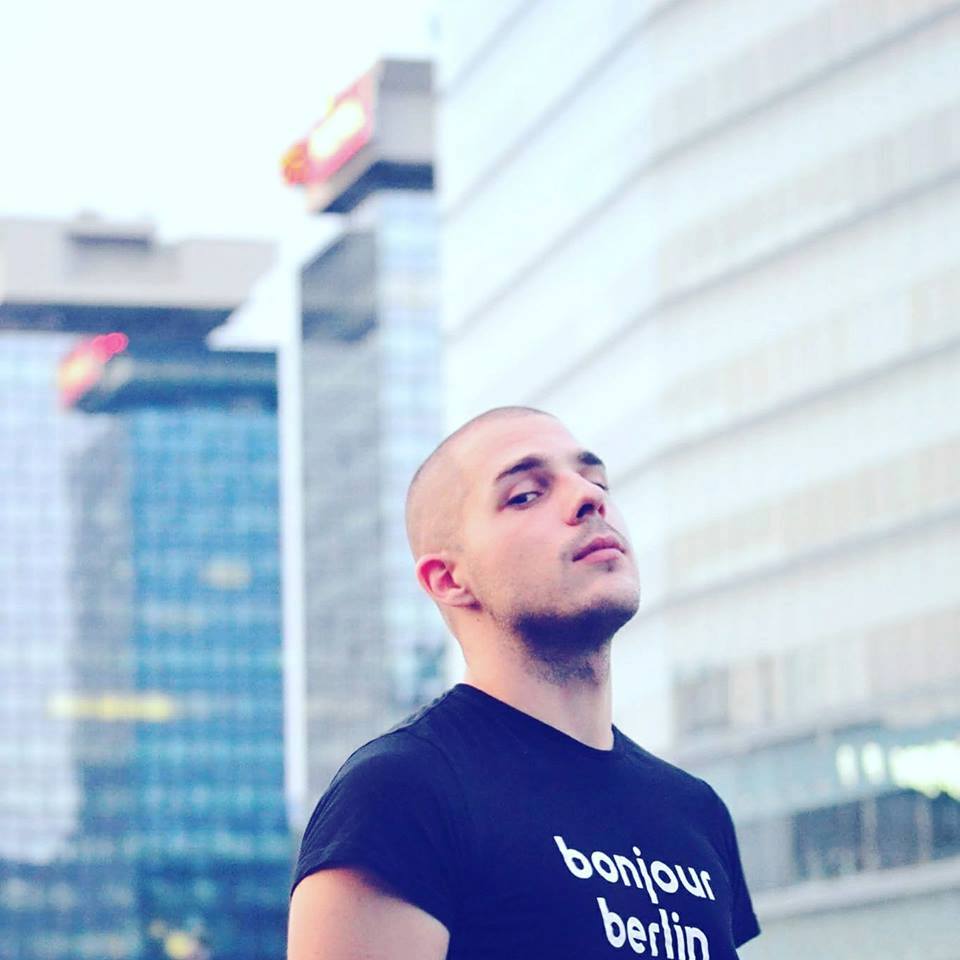 Although he had to move away from his home town due to assaults and threats directed towards him, 29-year-old Nikola Kuridža decided to return to Prijedor because he believes that the power of activism is in the local community. Due to the many problems he faces, as a member of the LGBTI community and as a fighter for the rights of families of war victims in Prijedor, he often thinks about leaving Bosnia and Herzegovina, but still he deems that leaving the country would also symbolize his defeat.

How did your activism story begin?

I am that type of person – I'm extroverted and I've always kind of raised my voice against some of the things I considered unfair. For example, I had to be excluded from religion class in elementary school because I did not agree with the teacher, so those were the first steps of my rebellion. Due to circumstances, I met a few contemporaries – Branko, Goran, and Igor, who now lives in Berlin. We somehow shared opinions on many subjects, and due to circumstances, all four of us are gay men, that is how we identify. However, we realized that in Prijedor the basic field of action must be, in an activist sense, clearing the situation regarding the war crimes that took place, the persecution of the population and the killing, rape and all other horrors that happened here. Through the association Center for Youth Kvart, we strive to document as many personal stories as possible. We have three programs, one is the so-called “Facing the Past” – that term sounds a bit like a platitude, but it's actually beneficial. The second program is “Human Rights”, and in particular LGBTIQ human rights, and the third program is “Social Justice”. So we somehow work on multiple fronts and react to the needs, whatever we actually think needs to be done, which stretches our capacity a little, because there are so few of us. And we mostly deal with topics that the local community and the wider society consider unwelcome and unnecessary, dangerous, sick, traitorous and so on.

What is your main motivation for activism?

That is exactly the topic we are talking about. When I accept defeat, I will leave this country. I think that this society of tormented people deserves better, it can be better and it should be better. This is often turned into an armchair conversation, without taking action. We as an organization in general, as a collective and as friends, we believe that presence in the public space is very important – taking the public space, raising our voice in such a way that we do not remain silent when things that are really horrific happen and about things that have happened and that are horrific, which a civilized society should not allow itself. It affects my mental health badly, to keep silent and not to express what I think, no matter how dangerous it is or met with hostility by the community. But some steps forward are being made and I am proud of that. There is a film, a documentary about the Day of White Stripes from the year 2013 in which I as a young boy talk about wanting to stay here and to work here and locally, quoting Meša Selimović, so somehow on that track, after a few burnouts, I remain here and I act, and I think there is still hope.

What are the main causes of the general departure of young people from our country and what are the additional reasons for LGBTI people leaving?

It is clear to us that the economic situation is bad, and we know why, because of corruption, party-based employment and everything else, I won't repeat it now like a parrot. I also think that, when we set aside this economic situation that is bad and that really makes life difficult in a basic sense, the social climate is also depressing. This climate was built on the foundations of nationalism, ethnic cleansing and war, on hyper-religiousness. In fact, anyone who deliberates, who critically analyzes society, cannot feel comfortable here. I can imagine myself with a huge amount of money, but I would still be stricken by the everyday political shuffling, celebrations of some nonsense holidays, like for example the 9th of January here – every year I have a trauma because of the gunfire and every year I fear that my dog will not survive the fusillade. As for LGBTI people, there is an additional layer of discrimination – institutionally we are not allowed anything, we are not permitted anything. We are not entitled to any kind of same sex community registration, also no health insurance from partners, property inheritance also, and so on, not to mention parenting. And also the physical danger itself, because violence doesn't happen just on the street or by some strangers, but in the family – family violence is vast. I'm not a person who supports vulgar behavior in public spaces, but holding hands or similar things that straight people are taking for granted is a dangerous act with which you risk endangering your physical integrity and certainly mental integrity. It is very difficult, I work with the LGBTI community and I see what kind of pathology it becomes, as years pass and as people live “in the closet” for a long time, it entails serious mental consequences and most people who are not very mentally stable see leaving the country as their only option, which is quite understandable.

How many LGBTI people do you know that have left the country?

Well, I'd say between fifteen and twenty that I know personally, and a couple more that I know of.

How many of them left the country on the basis of being jeopardized in Bosnia and Herzegovina?

Well maybe five, off the top of my head, but probably more. Some even hide how they left.

What were their reasons for leaving?

Well, I would say they went to live their life, as they could not live it here. And what I consider under “living life” is everyday stuff, I don't think about any luxury, Hollywood or red carpet, but the possibility to love whomever you want to love, the possibility of having a child, to not get fired because you are gay or lesbian or a trans person, someone actually valuing you, so that you can make progress in a career without political party links, these are some of the reasons of the people I am in contact with.

Have you thought about leaving, and if so, what were the reasons for such thinking?

Yes, I actually think about it every day. It is a thought process that is constantly flowing. The first time I really wanted to leave was when I was beaten up by the Police of Republika Srpska, two members of the Republika Srpska MUP, and then arrested and imprisoned. Before that I thought, well, there are fascists, chetniks, they threaten us, and here I have some security from the police, because we report it all, everything is okay. And then when they beat me up, I lost trust in that institution as a protector, and in fact I then wanted to escape; I was very traumatized and I was on antidepressant therapy and calming pills and I went to a psychiatrist. And then I let it settle down a little. I thought, in fact I still consider it to be that way today, that it would be my defeat somehow and would send a message to them: “Now everyone who disagrees with the system and who loudly criticizes it will be beaten and will go looking for asylum on the basis of that, and you will thus be able to overcome everyone who opposes you.” On the other hand, I feel accountable to future generations and to past generations, and also to the present generations, to our miserable abandoned animals, to the ecology of this country, to nature. I mean, it's somehow personal, and there is a constant struggle in my head, about what to choose – to live for society or to live for oneself.

Could something happen that would solve these dilemmas about leaving, which you wouldn't tolerate and which would make you pack your bags?

I think, if I really realized that my health, which has already been affected by all these threats and all the circumstances in our life and work, I think if my health started to deteriorate (I actually have an autoimmune disease that is pretty serious and every stress is actually jeopardizing it), and a threat to my parents’ safety, as I do not have brothers and sisters, their endangered safety would certainly be my reason to leave the country.

What needs to change in our country so that the people who left would come back?

I would like to live in a society where people hold their hatred and their retrograde attitudes within their four walls, which they often use as a saying – “be gay, but within your own four walls.” But we have no rights to buy apartments together as life companions, so we cannot have these four walls! In such a society in which, in spite of personal beliefs, we actually limit people from endangering the freedom and security of other people, and this requires enormous changes, fundamental changes. I mean, I'm an optimistic person by nature, mostly, but I do not know what exactly needs to happen for us to achieve such a society. One of the mechanisms are these protests, public action, connecting with counterparts and the struggle for workers’ rights, that is also a key thing here.