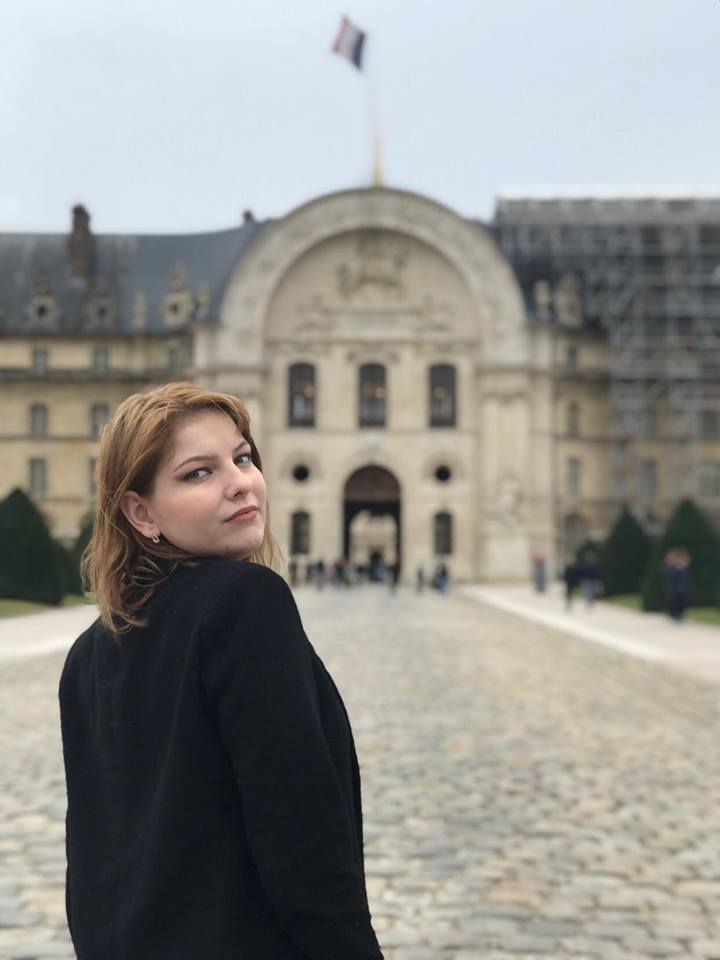 Twenty-year-old Leila Tagić is a student at the Law School in Sarajevo. She hopes that in the future, as a lawyer and activist, she will have the opportunity to fight for upgrading the LGBTI community's position in Bosnia and Herzegovina through improvement of existing legal frameworks. We talked with Leila about her reasons to engage more actively in fighting for LGBTI people's rights, as well as her motives to stay in Bosnia and Herzegovina in order to influence social change.

Can you introduce yourself and say something more about yourself and your current work in the non-governmental sector?

My name is Leila Tagić, I am twenty years old, and I am from Tuzla. I am studying at the Law School in Sarajevo. In Tuzla, I worked more on humanitarian affairs and at the beginning of last year I found out about the Feminist School. For a long time already, I had wanted to join the Sarajevo Open Center, so I used the Feminist School to get some education about activism and then I attended some seminars. Now, while studying, I do not have time to be too dedicated to some events, but if something really requires a large number of people, of course I will come for at least some time. In the future, I would like to be a prosecutor, but at the same time I would like to engage in activism, especially in political activism, because I think that if I have some preconditions and if I am well educated politically – what I am currently doing, I am getting an education – I think I definitely need to use it in as many sectors as possible. So – both activism and prosecution.

What do you and your acquaintances consider the biggest problems that make young people leave Bosnia and Herzegovina?

Unemployment. And even if you love something specific, for example art – which in Bosnia is not profitable, you must have special “contacts” for that. I think people just want to follow their dreams, so they leave Bosnia because they just cannot see how they can realize those dreams here.

What are the additional challenges for the LGBTI community?

All the older people I know who are members of the LGBTI community have to go if they fall in love, that is the main reason. And at the same time because they cannot meet a partner here, they usually feel lonely. There is simply that one group of people you know – and it does not expand at all. After a while you get bored of hiding. And maybe you say something somewhere you should not have said. And you happen to get assaulted and get expressions of disgust. Especially people who are older than me. I understand that after a while you are just fed up with hiding the person that you really are and that you want to express yourself. And especially some people want to do it on a physical basis, transgender people in particular. It is most difficult for them, out of all of us, because they have to go through the whole process of transitioning from one sex to another and of course people see that.

Have you thought about leaving and, if you have, why?

When I was in high school, we all knew pretty much who was going where. And I was one hundred percent convinced that I would go to Austria. If not Austria, it will be Sarajevo. And that was it. Especially because it was announced that in 2019, that is, at the beginning of this year, they would legalize same-sex marriages. I think it is a norm for us that if you go abroad from Bosnia and if you come back, you will return with money. You will return with a future, even here. Or you will stay there, meet someone, get married and that is it – that is the norm. And somehow, when I was talking to my parents about college, we did not talk about what I would study, but where I would study. The focus was on that. By the way, I speak German, but I did a lot of work to be able to give a hundred percent to adapt to life there and to talking, listening to classes. However, sometime in the fourth grade (last year of high school), we realized that I must first enroll here and then get the documents transferred. And at one point when I came to the Law School in Sarajevo and when I entered the building, I just felt like I belonged there. Besides, I saw that here in Sarajevo I have far more opportunities than in Tuzla and that it is more necessary here – I am needed more in Bosnia than I am in Austria. There are one thousand of me in Austria, and here there is only one me. So just because I see that I can provide Bosnia with something and that I can help in some way.

Do you think you could have accomplished some aspects of your life better if you had gone abroad?

Of course I could have. Because somewhere abroad there are things I want to see. Things I want to have next to me daily. Some people I want to meet. However, I have somehow, through the reading of some books, through some learning and shortly being abroad and looking at the situation in Bosnia, I have realized that I do not have to think so selfishly and only pursue what I like a hundred percent, but instead that I have to waive that part of the perfect life and perfect vision of life, which I can build here as well if I put one hundred percent effort in it.

What do you think what differences do members of the LGTBI community first notice when they go to another country?

Well, I think first of all the freedom to hold your partner by the hand. And simply nobody will look at you reprovingly. Because there are so many open-minded people who, when they see that, just do not see anything, they only see a couple holding hands. In Bosnia, I do not know, I cannot understand why someone can hate someone because of love. I think there is a lot more activism in other countries and here it is reduced to a couple of non-governmental organizations, while I think they have a lot of governmental organizations that take care of the LGBTI community and generally violence towards the LGBTI community. Nobody here protects us, especially not the police. So, I think that is also one of the big factors.

What should change in Bosnia and Herzegovina so that the people who have left would return?

Firstly, we have to do some things as activists – when the current situation changes, when the LGBTI community in Bosnia is acknowledged and when the first Pride is held, we will be able to attract a lot of people to come to support us, just out of that spirit of communion. I think it is the people's biggest motivation, that kind of love in this community that we provide each other with, which we cannot get outside of it, from some people who just do not understand us. So I think, after the situation calms down completely, when it stabilizes, when people accept that we are here, then I think we will be able to slowly attract people back, because no change can happen in only a day.

How much more time will it take to achieve this?

I am sometimes too optimistic, sometimes too pessimistic, so I think it takes from fifty – to one hundred years for the situation to completely normalize, meaning for it to become everyday life. It depends on how fast we as activists are working.

What would your message be to people who are members of the LGBTI community, who are currently pondering whether to leave or not?

Just ask yourself, if you leave – who will help? That is what I asked myself, so I want other people to ask themselves – if not you, who will?

Are there any situations in which it is better to advise someone to leave?

Definitely in a situation in which someone's life is threatened. Democracy says that you always have the option to go, to leave it all behind. I would not force anyone of course. Especially if someone is very threatened, especially at work, because I think some things mostly happen at work or at a place where people get education. Especially because of violence among peers and generally in a work environment. So, I think if one's life is endangered, they definitely need to do what is best for them.