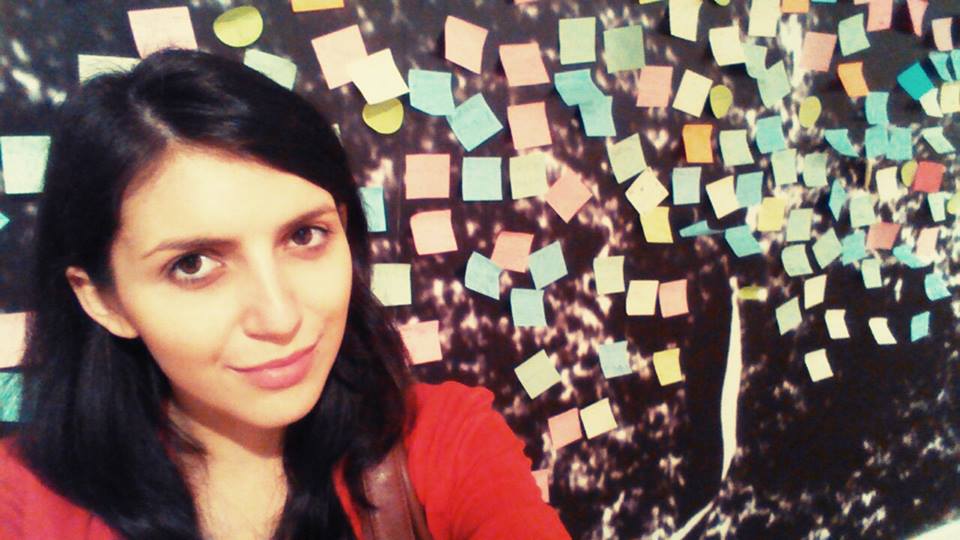 Young journalist and writer Sara Velaga from Jajce strives to discuss through her work the various social problems in our country. As her informal education was insufficient for her to gain the knowledge that was important to her, she decided to attend numerous seminars, trainings and workshops and to build up through the NGO sector. Sara shared with us her thoughts on the departure of young people from Bosnia and Herzegovina and the reasons why she decided to stay.

What bothers you most in the Bosnian society and what would you most like to change?

I am bothered the most by the impossibility to actualize potential and to express talent, due to increasing corruption, nepotism, bought diplomas, but also the society that every day silently approves the faultiness of the system in which we live. I would like to change all of the above, in such a way that only knowledge can determine success. Neither connections, nor money, and not even a diploma, but true knowledge you either have or do not have in you. I would also change the system that deprives many in our country of their rights and that divides us into the extremely poor and extremely rich.

Why do you think young people are leaving Bosnia and Herzegovina?

All people, not just young people, leave in hope of a better tomorrow, that there is a place where people are valued on the basis of knowledge and quality and not money and connections. They are aware that they have tried here and that if they fail “out there”, they will always be able to return to the system that remains as it is for decades. Bad and unchanged.

What are the additional problems that the LGBTI community faces in our country, which eventually lead to young people from this community leaving Bosnia and Herzegovina?

I think the LGBTI community, just like other minority groups in the country, faces the inability to achieve full rights to equal life. And that is the reason why they leave. Minorities in Bosnia and Herzegovina have remained on the margins of society too long for anyone to believe that this will change. And this is what is tragic and what compels all those who are in any way a minority to leave if they cannot achieve basic rights.

Do you know some LGBTI people who have left Bosnia and Herzegovina and what was their motive?

Do you think about leaving the country? If you do, why?

I am not thinking about leaving now, even though it seems a little silly, one could say, taking into account the circumstances. But I am led by the thought that I would not go until the situation became “alarming”. Even though it may be so in society, personally I accomplish everything I want by means of knowledge and skills and this is important to me. True, it is much harder, sometimes too hard, but at the moment I still manage to succeed. I feel like departure is the last emergency exit. I still believe in consistency, persistence and talent, which at some point someone must observe and value, but only if you draw attention to them enough times. Besides, I still prefer to have the ability to do what I like, rather than something I would have to do if I went abroad and started from scratch, learning the language and working completely different jobs than my interests.

What should change in our country so that young people decide to stay – both in the general sense and in terms of improving the LGBTI population's position?

Above all, the structure of government, and then its decisions and work, should change. Focus should primarily be on employment and opportunity creation, not just on platitudes in pre-election campaigns. The government should finally understand that this is not a slave society, or at least it should not be one, it is the 21st century, in which freedom of citizens needs to be and must be guaranteed, equally as their rights. It is absurd to persistently deal with the past, thus destroying every opportunity for constructive plans for the future. The future of our country, children and young people who leave because all today's children will soon become those same young people who leave, if it continues this way.

What do you think other countries to which young people move are offering, which our country lacks?

Other countries obviously offer opportunities for people to make money that they can use for something more than mere survival, as is the case in our country. And besides, they offer general relief from the dominance of our daily political issues. People are simply too fed up with our everyday lives. They are fed up with our news, bad news or the so-called black chronicle, and also gray news that has become our reality.